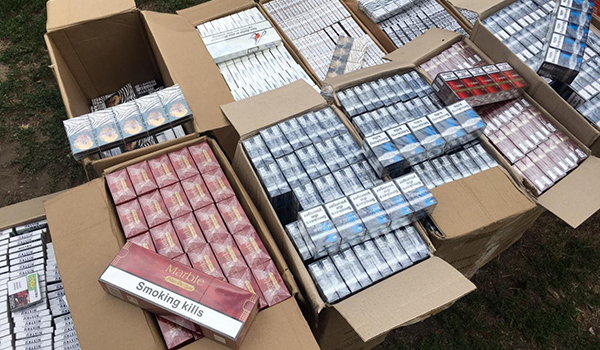 The government does not publicly disclose meetings/ interactions with the tobacco industry in cases where such interactions are strictly necessary for regulation. (Rec 2.2)

The Law does not require the Government to publicly disclose meetings/ interactions with the tobacco industry.

List of the meetings that were revealed after the search.

Meeting of the President of Ukraine with business in Washington. Representatives of the tobacco industry were present at that meeting and raised attention of the President Petro Poroshenko to the litigation between State Fiscal Service and PMI Ukraine and the concerns of PMI Ukraine regarding unlawful actions of the State Fiscal Service towards the company. This is the only information publicly available about that meeting is from interview with PMI Ukraine representative Natalia Bondarenko[1].

Due to the fact that we do not know the exact day of the meeting we can’t confirm if this meeting was reported at the website of the President of Ukraine.

There is one meeting that is matching a time frame. It’s listed at the news section of the website of the President as the meeting with the business representatives. Although there is no mention that the representatives of the tobacco industry used this meeting to draw attention of the President to the issue of the litigation between State Fiscal Service and PMI Ukraine[2].

State Fiscal Service met with “Ukrtiutiun” Ukrainian Association of Tobacco Manufacturers to discuss new electronic excise stamps that for tobacco products – the system that supposed to overcome illicit trade of tobacco products and should be launched soon in Ukraine[3].

In 2017 Victor Kovalenko, the first deputy chairman of the Kharkiv Regional Council, took part in a meeting with Philip Morris Ukraine management. They discussed ways to intensify cooperation, as well as opportunities for conducting new projects. According to Deputy Director General of Philip Morris Ukraine Ihor Krushko, between the regional authorities and the company there are “many examples of successful cooperation, the company is working on creating jobs and attracting investments to the Kharkiv Region. “He noted that the company in the Kharkiv region is among the most efficient enterprises, since it actively works for export.”[4]

In 2018 the first deputy chairman of the Kharkiv Regional Council Victor Kovalenko met today with the General Director of the Philip Morris Ukraine Mikalis Alexandrakis in the House of Councils. The parties discussed the economic situation and investment climate in the Kharkiv region, as well as perspective directions of cooperation[5].

The government requires rules for the disclosure or registration of tobacco industry entities, affiliated organizations, and individuals acting on their behalf including lobbyists.

Tobacco manufacturers and distributors are registered. The Governments has no system for the disclosure, registration of tobacco industry entities and its affiliate organizations and individuals acting on their behalf including lobbyists. The official registry of the manufacturers, producers, distributors of tobacco products is regularly updated and published by the State Fiscal Service[6].

[1] We see our future in innovations related to the creation of alternatives to cigarettes. Bussines.ua. https://business.ua/biznes/item/2734-svoe-majbutne-mi-vbachaemo-v-innovatsiyakh-pov-yazanikh-zi-stvorennyam-alternativ-sigaretam. April 8 2019.

[2] President of Ukraine met with the leading business representatives of USA. President of Ukraine. https://www.president.gov.ua/en/news/prezident-ukrayini-zustrivsya-z-providnimi-predstavnikami-bi-43510?fbclid=IwAR18QGx-_xXl8K7qcFoNXZDa_-5VVHJqRXvN_RR2zXa5zUteNjVBfGjTiBE. April 20 2019.